The United States experienced six recessions between 1970 and 2009, and an analysis of the resulting data proves that the economy and higher education are inextricably intertwined. Recessions considerably impact enrollment and completion rates, funding, and tuition at higher education institutions.

Anticipating, analyzing, and understanding the possible impact of this recession is crucial in helping these institutions weather the storm and ensure their continued success and excellence when the economy recovers.

This article highlights possible points of exposure for higher education institutions in the recession and strategies they can enact to mitigate them.

What Can Higher Education Institutions Expect During the Recession?

This section discusses the effects of the recession on higher education institutions.

Historically, state funding for higher education is usually the first to be slashed during a recession. Other state priorities, such as K-12 education and Medicaid, have skyrocketed since the mid-1980s, requiring states to cut spending in other areas. This trend is exacerbated by recessions, which reduce tax revenues and force states to choose between competing priorities, consequently increasing the difficulty of maintaining constant funding.

Higher education funding issues have worsened over the past three recessions. Following the 1990 crisis, state financing for higher education declined 12% from its pre-recession peak, 15% during the 2001 recession and 25% after the Great Recession. With the onset of the COVID-19 pandemic, financial challenges emerged, as per-student funding was already about 8% lower than in 2008.

Throughout the 21st century, per-student funding fluctuated between $8,803 before the 2001 recession and $6,0226 after the Great Recession. Worse still, as seen in previous recessions, states have struggled to raise funding levels to pre-recession levels before the next economic crisis.

Previous recessions have shown that demand for higher education tends to go up following recessions. From 2008 to 2012, there was an 11.5% increase in enrollment at public institutions, and the 2001 and 1990 recessions showed similar patterns.

This increase in enrollment is usually a result of people in a tough labor market looking to develop and increase their skills to improve their job prospects. Professionals who have been thinking of furthering their studies also feel that the costs associated with enrollment are a prudent investment for their professional development. Another reason for the increase in student enrollment rates during recessions is easier access to credit, which enables the students to meet the increasing tuition prices. For example, in 2007, the legislation increased the amount that students could borrow, and loans rose from $110 billion per year in 2007 to $132 billion per year in 2010. The amount of money available to students in the form of grants and the number of eligible students also increased.

However, even this surge in enrollment is only temporary. While recessions initially positively impact enrollment, they drop off significantly as the economy stabilizes.

Recessions also substantially impact higher education institutions’ tuition rates and the students’ subsequent school selections. The level of state appropriations is a significant determinant of tuition costs, particularly for public institutions, as it allows them to charge in-state students at a discount. Research has shown that the distribution patterns of these state subsidies strongly affect enrollment decisions.

Research by the National Student Clearinghouse Research Center showed that although enrollment rates increased during 2008, 2009 and 2010, completion rates declined. Only 39% of the students who enrolled in 2-year institutions had completed their programs after six years.

The most significant decline in completion rates was seen among students of non-traditional age. In contrast, traditional-age students saw a 0.5% decline (primarily because of a slight move away from full-time enrollment).

As the economy improved and new jobs were generated, many previously enrolled students returned to work without completing their courses.

Changes in Modes of Learning

The recession will also affect higher education institutions through a shift in learning preference. Unemployed individuals are more inclined to enroll in reputable online colleges and universities if they decide to re-enroll.

Following the previous recession, the online education space was saturated with for-profit institutions. However, public and private non-profit institutions have since developed online platforms that aim to become major players in this field.

What Could Be Different About This Recession?

As much as similar trends occurred throughout previous recessions, differences between the current recession and its predecessors may have an impact on higher education institutions. One of these variations is the preceding environment.

Before the 2008 downturn, policymakers had been encouraging more high school graduates to get higher education, which saw years of increasing enrollment. With this recession, enrollment had already been decreasing in many parts of the country, which has been predicted to continue for some years. Without an increase in enrollment to cover the reduction in state funding, higher education institutions may continue to lose the tuition revenue they rely on.

What should higher education institutions focus on to weather the recession?

While the COVID-19 pandemic was unquestionably devastating, it also facilitated the creation of several new and innovative approaches for individuals to access education. Higher education institutions can capitalize on this by providing several learning options, including virtual and in-person ones.

This is especially crucial during a recession as students may be unable to afford to commute to school and parents unable to foot the cost of outsourcing childcare. To cater to these students, institutions must support remote learning and other options that offer learners the greatest flexibility for education. As seen in the Great Recession, students are likely to flock to flexible schools that offer the greatest chance at long-term success.

Higher education institutions can weather the economic downturn by identifying and implementing alternative profitable revenue streams. One way they can achieve this is by hosting external programs, sports camps, community events and other activities in their physical facilities.

Looking for alternative revenue sources could be more important for less-selective private schools since they don’t offer high-prestige programs or the skills and training typically in demand during economic downturns.

Focus on Core Priorities and Mission

During a recession, institutions must define the mission activities that must be maintained at any cost. To maintain continuing success, schools must define their goals and the considerations necessary to keep them operating; the best-managed institutions typically divert resources during economic downturns into programs that promote their core mission.

Suppose, for instance; community engagement is integral to your mission. In that case, increasing financial aid for needy students or expanding the availability of low-cost or free community courses would be a better choice than scaling back on community involvement. This can be a great way of demonstrating your institution’s commitment to the neighborhood; it might pay off in goodwill and even boost enrollment rates in the future.

Institutions that set themselves up to be lean and adaptive are more likely to endure the shifting economic conditions. Although swift, strategic decision-making may be difficult during recessions, it is usually critical, especially regarding spending.

A strategic approach would require a rigorous examination of the organization and classifying its activities and programs into three key categories: areas for investment, maintenance, and areas to cut back on.

During the Great Recession, many higher education institutions that suffered funding shortfalls from the state, private donors and tuition were forced to downsize the size of their staff and course offerings. Some colleges were even forced to reduce their real estate holdings. However, with a strategic plan for resource reallocation, institutions can ensure that funding is cut and resources reallocated to areas deemed essential to their continued success.

While identifying areas for expenditure prioritization is critical, it is equally important to continue seeking areas for potential development and investment. Higher education institutions can capitalize on the economic instability of a recession by customizing their services appropriately.

This can be illustrated by delivering courses in great demand amid the economic downturn in an appealing and accessible manner. It could also include hiring new faculty members in emerging fields to better position the institution for future success.

However, to better pursue opportunities for growth during a recession, organizations must create the capacity for it ahead of the downturn.

Call Attention to the Necessity of Investing in Education

Higher education continues to be one of the most efficient ways of ensuring future success in the United States. With the trend of increasing enrollment during recessions, institutions would benefit from highlighting these benefits in their recruitment messaging. Continued focus on this, even as the economic conditions turn, may help increase completion rates, as enrolled students are encouraged to complete their programs.

Sporadic recessions will likely continue to be a common feature of our economy, and there is no better way to weather them than to put financial resilience plans in advance. While it may be a little too late to do so in the middle of one, these policies and strategies will come in handy in the next recession.

Institutions must invest time in formulating plans to guide them toward financial sustainability and devising adaptable responses that may be implemented in times of economic distress. By anticipating how their revenues might respond in different scenarios and identifying the needed actions, higher education institutions will be prepared on what to do during the next downturn.

Recent recessions have been characterized by persistent and increasing cuts to state support for higher education, which has increased schools’ reliance on tuition and eventually led to greater expenses and increased debt loads for students and families. As the COVID-19 crisis persists, authorities should work across party lines to create the framework for a sustainable, long-term solution to these financing constraints. 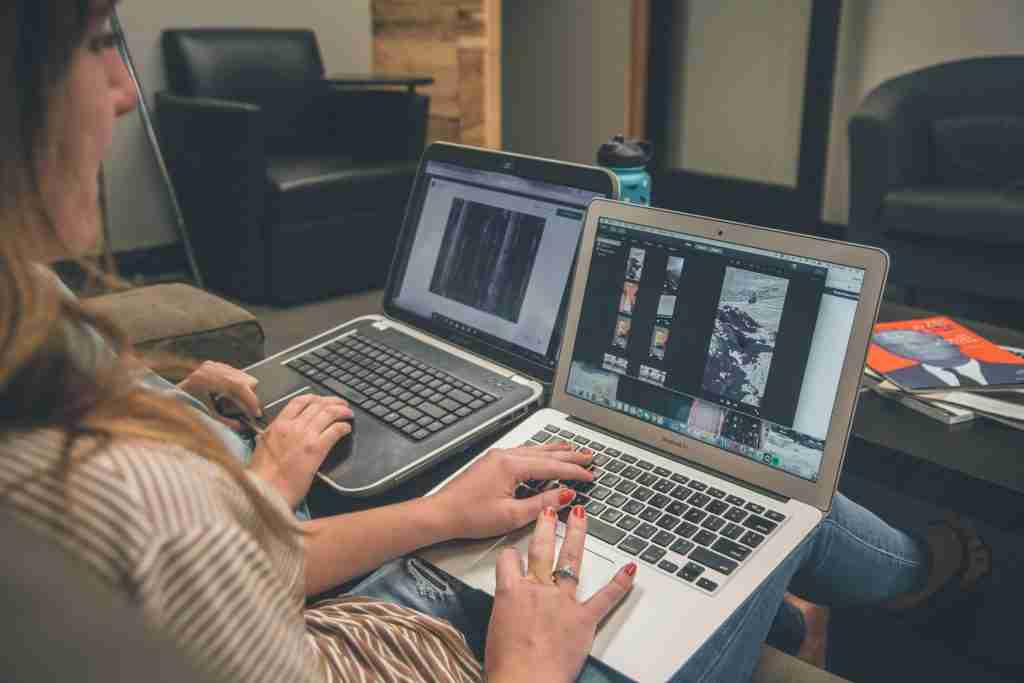 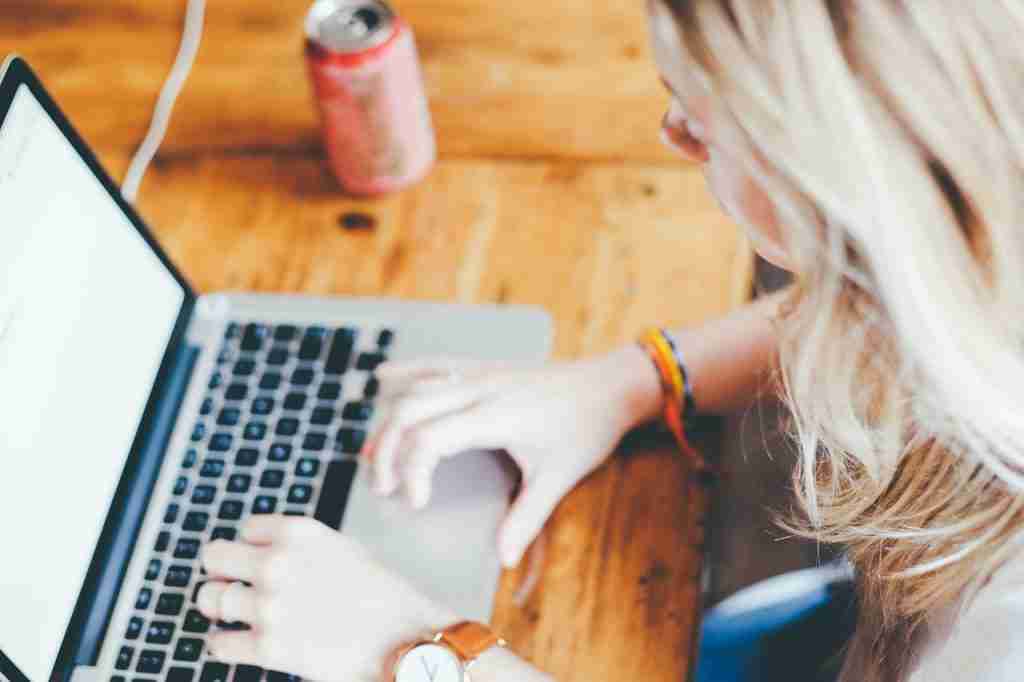